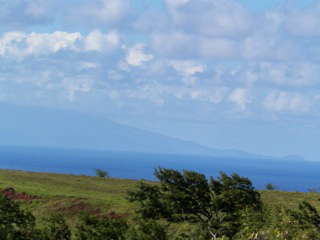 Puakea in North Kohala is some of the most beautiful of all of the ranch land on the Island of Hawaii. Recently, I had the opportunity to represent buyer clients who purchased a 25-acre parcel across the highway from the more well-known developments of Puakea Bay Ranch and the Ranch at Puakea. The time spent exploring the land reminded just how special this part of the Big Island really is.

This unique corner of our island, once part of the Kohala Field System, offers spectacular views of setting suns, moons and Maui. Residents in this area have an opportunity to live in a place that exudes a certain mystery. There is much history and many stories hidden beyond the physical beauty of this land. Here, the gentle soft green topography is laced with meandering old rock walls built using large black lava stones. Looking back, up towards the mountains, there are frequent rainbows, caused by the sunshine and gentle mists that occur along the cusp between a rainier climate and the drier western shores of the island. 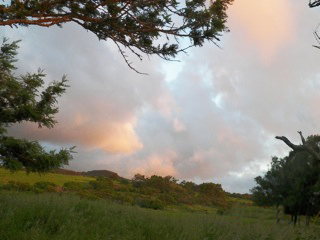 During the Great Mahele in 1848-1850, Puakea was set aside as crown lands, held by Miriam Kekauonohi, a granddaughter of King Kamehameha I. She was a Princess, a Queen and a Governor. Miriam married her uncle, Liholiho, King Kamehameha II, who was one of 7 husbands, and was still living when the kapu system was overturned in 1819. Following Liholiho?s death she married Keliiahonui, son of Kaumualii, King of Kauai, where she reputedly served as Governor of Kauai 1840-1844. When King Kamehameha III created the House of Nobles in the Hawaiian Constitution of 1840, Miriam Kekauonohi was one of the first members of the Privy Council. She died in 1851 at the age of 46 leaving her land to Levi Ha?alelea, her husband at the time of her death. She was the last of the old stock of chiefs, one of the most loved and renown women in Hawaiian history. It is said that she was good natured, benevolent, liberal and generous.

Around 1870, these lands were eventually sold to Dr. James Wight of Kohala. You can read more about the subsequent development of the land here.

These lands have such a beautiful and rich history which only adds to the allure. At every turn there is evidence of a deeply significant power, offering us more insight into why we are all so compelled to be here rather than any other place on earth!

NEW ON THE MARKET: 105 Properties Listed for Sale on the Big Island This Week

NEW ON THE MARKET: 126 Properties Listed for Sale on the Big Island This Week

Trend Watch: Big Island Residential Real Estate Market
Building a Home in a Conservation District: Can or No Can?