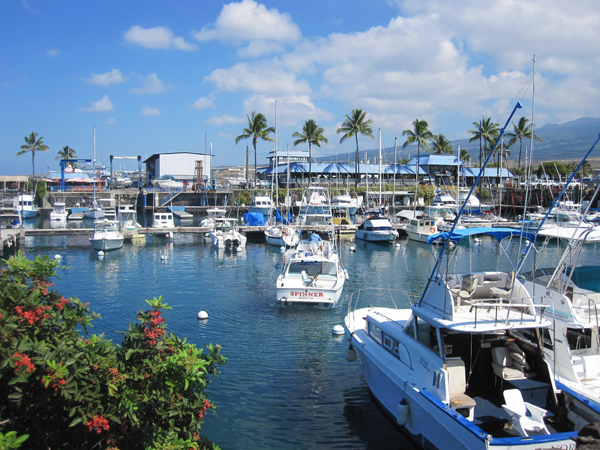 “Be at Honokohau Harbor a few minutes before 7:00 am.”

Which, for me, meant leaving Waimea by 6:00 am–and I’m not a morning person. But, you just don’t pass on an opportunity to go on a private charter whale watching adventure, even if it means braving a chilly Waimea morning a little earlier than usual to get there on time. 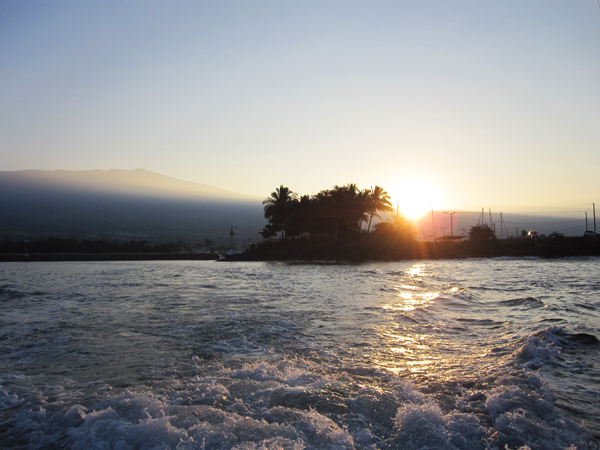 After boarding the SPINNER just before sunrise, this was our view as we left Honokohau Harbor

With Captain Tom Bottrell of Living Ocean Adventures filling us in on what we could expect for the day, we left the harbor and made our way past several other boats that were out early for a fishing tournament. As the sun climbed higher in the sky and the water around us became more blue and beautiful, we spent most of the first two hours looking for the humpback whales that are abundant in Hawaiian waters from December to May.

Several whales made their presence known throughout the morning, one even passing almost directly under the boat

Unfortunately, I missed the best photo opportunities when the whales were nearby–I was more focused on appreciating them without the distraction of the camera. But, as we started back toward Kona, we did have a perfect opportunity to see spinner dolphins at play in more shallow waters. 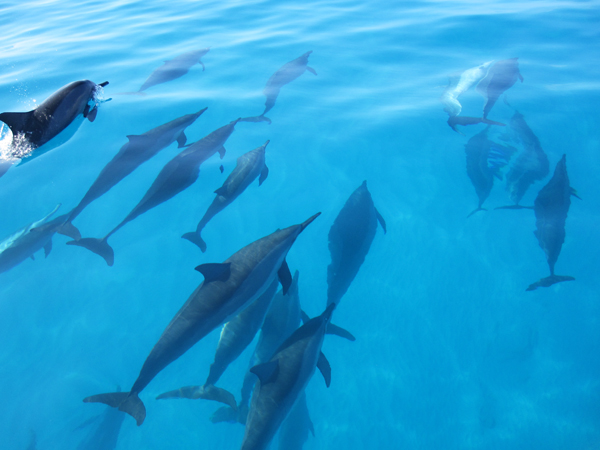 Spinner dolphins at play along the Kona-Kohala Coast

What an amazing opportunity to spend a morning on the water, to become a little more familiar with Hawaii’s marine ecosystem and to witness the incredible beauty of these majestic creatures in their natural habitat! It was a day that will not soon be forgotten.

To learn more about the Hawaiian Islands Humpback Whale National Marine Sanctuary, click the map below: 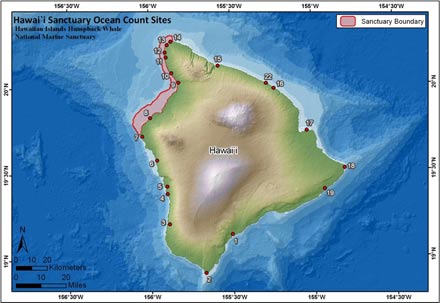 CPR Properties: What They Are and What You Need To Know

Trend Watch: Big Island Residential Real Estate Market
Building a Home in a Conservation District: Can or No Can?